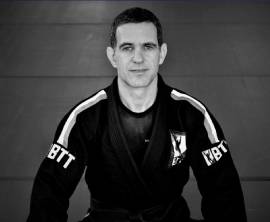 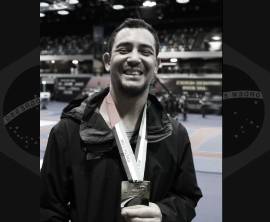 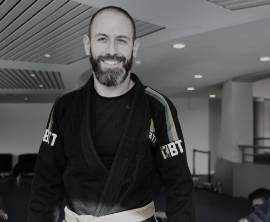 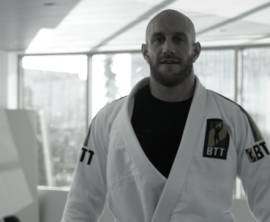 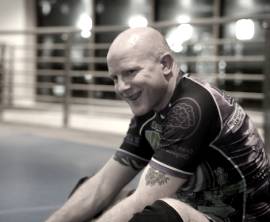 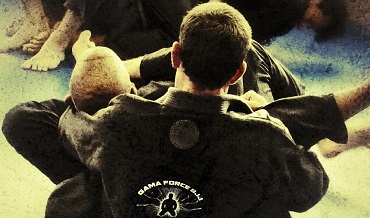 He was born in Rio de Janeiro, the birthplace of Brazilian Jiu Jitsu (BJJ), lived and trained there until 2008 when he moved to the UK.

In 1994, Leo seeked the best possible training team and found Murilo Bustamante’s club - later became Brazilian Top Team (BTT). Initially, his idea was to acquire some skills so he could defend himself, but as it usually happens with BJJ practitioners, he fell in love with the sport and the “arte suave” (smooth art) and never left.

He has always been a martial arts enthusiast, having practiced karate and aikido under the guidance of his great master and father Paulo Gamarra, who is an experienced black belt and expert in martial arts for over 40 years. Leo has also background in boxing and judo.

Leo is loyal to his master Murilo Bustamante and whenever he is in Rio de Janeiro he goes back to his BJJ home.

His life style is driven by the principles of martial arts – respect, discipline and humility: “I always make sure I pass it on to my students, and try to persuade them to have similar way of thinking and attitude.”

From white belt to black belt

Leo graduated black belt in 2004, 10 years after he started, in a ceremony at Brazilian Top Team Rio de Janeiro, lead by his masters Murilo Bustamante, Jose Mario Sperry and Bebeo Duarte. During this time Leo also graduated in Physiotherapy, specialising in sports therapy and acupuncture.

Over the next 4 years Leo dedicated his time to studying BJJ and honing his skills with some of the worlds top practitioners.

Aside from getting used to the cold weather, Leo taught BJJ in Wimbledon for 6 months before moving to Cambridge with his wife.

Leo is grateful for his time at Tsunami, as he was able to lead an excellent team of extremely capable and respectful athletes. He graded his first black belt Fabio Ferrari, three brown belts and many purple and blue belts.

The birth of Gama Force BJJ

In August, a new beginning started for Leo as he foundeds Gama Force BJJ, his own team. 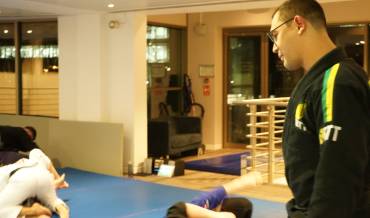 From white belt to black belt

Vence was born in Brazil, the birthplace of Brazilian Jiu Jitsu (BJJ).

A regular competitor Vence has won some of Europe's most prestigious competitions. Vence teaches our Gi drills and sparring class on Wednesdays. 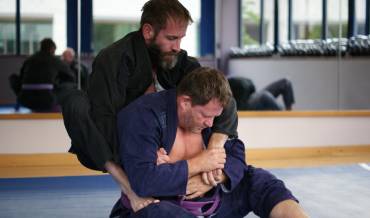 A brown belt under Master Leo Gamarra since 2019.

Tim is leading our Wednesday morning class, from 6:15-7:15am. Check out his impressive bio!

Timothy O'Leary has studied martial arts since 2005, including Karate, Boxing, Aikido and Kali before discovering Brazilian Jiu Jitsu in 2007 through training submission grappling with William Watson and Ger O'Dea in Edinburgh.

He received his blue belt in Brazilian Jiu Jitsu under Rick Young in 2011 and purple belt under Dave Ginsberg in Boston, USA in 2015.

In 2019 he was promoted to brown belt under Master Leo. In his spare time Tim is an assistant professor in neuroscience and information engineering in the University of Cambridge. 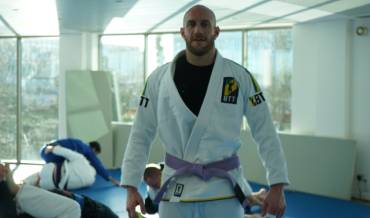 A brown belt under Master Leo Gamarra since 2018.

Born in Sidcup, South East London, Adam moved to Cambridge with his family at the age of 3.

By the time he was 6 years old Adam's martial arts journey had begun, first with Judo where he started competing early into his training winning multiple matches.

From there, his training spanned into Shotokan Karate, Filipino Kali (stick fighting) and then in 2001 Started to train purely in Muay Thai under tutorage of multiple world champions and Thai stadium champions. Adam has also trained in the USA and within Europe, competing under multiple rule disciplines across the UK as well as K1 matches.

He quickly worked his way through the white belt and blue belt grades under Master Leo whilst actively competing in MMA competitions as well as Gi and NoGi tournaments.

Adam was the first of three purple belts to be officially graded under the Brazilian Top Team (BTT) Cambridge affiliation in 2019.

Adam, still to this day, strives to develop his BJJ skillset continuing to grow in and out of the Gi, training purely under Master Leo. He has adopted the mind-set and way of life that BJJ has presented both on and off of the mats.

A brown belt under Master Leo Gamarra since 2017.

David began training in the martial arts in 1992 starting with Savate, before adding Sambo and Kali. After 6 years of training and competing, he was awarded a black belt in Combat Sambo and switched his focus to the developing sport of MMA.

Competing in MMA for 8 years, both in the UK and Europe, David fought for many different promotions and won national and international titles.

He was a founder member of Tsunami Gym and coached both amateur and professional fighters at Tsunami and later at Cambridge Freefighters.

In 2014 David started training in Brazilian Jiu-Jitsu under Master Leo and is currently a brown belt.